Melissa has said that she wants her story to be heard, so that she might “make a difference in someone else’s life.” 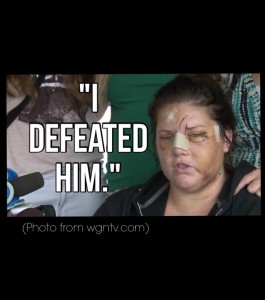 “I defeated him,” said Melissa. “He tried to take everything away from me but I won in the end. I did not give up.”